DHT, or dihydrotestosterone, is a natural androgen hormone that is present in the hair follicle. DHT cuts off vital blood flow to the follicle, causing it to weaken and over time, stop producing hair. The buildup of DHT is the most common cause of hair loss in men and women.

Testosterone converts to DHT, which builds up in the hair follicle matrix, causing 95 percent of hair loss in men and women.

Zenagen’s proprietary blend of nutraceutical ingredients cleanses and removes existing DHT and blocks its future production, so the follicle can begin to grow back thicker, fuller and healthier. 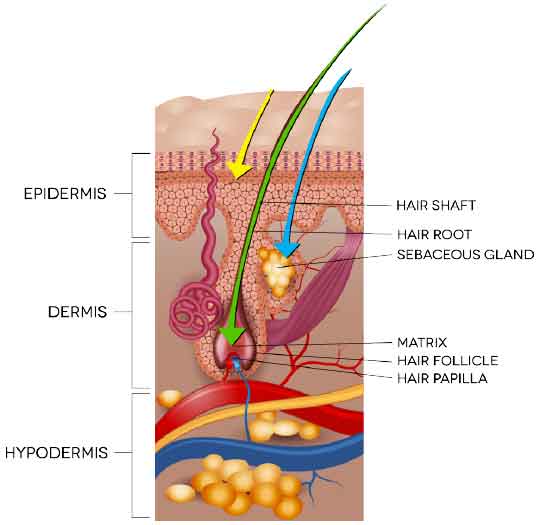